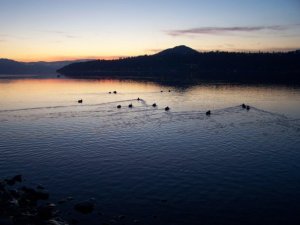 He was four-foot something tall flash of energy under a platinum-blonde head of hair scrambling along the scree slope. They were on one of their many fishing trips in the rivers and lakes north of the city they lived in. In spite of having gone on many of these fishing trips, the little boy could not recall many times when they actually caught a fish. Catching fish was almost an after-thought. It was the journey–a few hours in the car, followed by a one or two-hour hike to the lake of choice for the day, and the peaceful time together at that lake that were the main events. Catching fish was a bonus that came along from time to time. END_OF_DOCUMENT_TOKEN_TO_BE_REPLACED 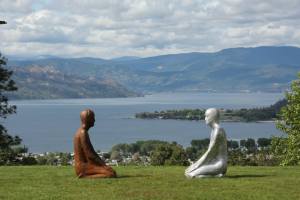 Over the last six or so years since my parents died, and some major changes happened in my life, I’ve come to realize the true value and meaning of friendship. When you lose all of your immediate family, your sense of family undeniably changes. END_OF_DOCUMENT_TOKEN_TO_BE_REPLACED

Today is Fathers’ Day. As many on Facebook have done, I posted as my profile pic, a picture of my Dad. Unlike many others I’ve seen posted, I don’t share the camera space with him. My cousin does. It was taken during a visit she and her husband had with him the summer before he died. It is also the last known picture that was ever taken of Dad. He died later that same year. I’ve looked at this picture often, and even posted it last year on Fathers’ Day. Even nearly five years since his death, it still brings a tear to my eye when I look at it. END_OF_DOCUMENT_TOKEN_TO_BE_REPLACED

One might ask me, “what is/was your biggest doubt about the efficacy of Christian Science?” In answer to that, I offer three words: my younger brother. He had a motor condition known as cerebral palsy. In Christian Science-speak, it would be called a belief of cerebral palsy. Yeah, it’s not real (in the fairy-land of Christian Science)–but try telling that to those who have it, or those who care for those who do. Oh, how many times my teenaged self tried to deny the “reality” of my brother’s condition while I was either feeding him dinner or getting him dressed. Cerebral palsy comes in varying degrees of severity. There are many who live quite independent and full lives with it, becoming in some cases well known as actors and comedians, or in many other fields of endeavour. Others, such as my brother, have it in it’s most severe form–rendering them unable to walk, talk, or care for themselves in any way. Many people who are born with this condition as severe as my brother had it do not live much beyond age 30. My brother made it to 16. He died in 1985, the year I graduated from high school. I had just turned 18. I grew up fast. I did not take it well. END_OF_DOCUMENT_TOKEN_TO_BE_REPLACED

This is a blog about my journey both within, and now outside of the religion known as Christian Science. I write from a secular viewpoint, and I am an atheist.

I generally will post at least once per week, but that is not guaranteed. This blog is a therapeutic hobby, and I won’t post just for the sake of posting.

Ads on this Blog

There are ads on this blog. They are placed by WordPress. I have nothing to do with them, I do not endorse anything advertised, and I do not make any money from them. The only benefit to me is that they allow me to use WordPress for no charge. I aim, for now, to only have this blog cost me time.

Comments are welcome, as is healthy debate. Please be aware that comments require approval before they are posted, so it may take awhile before your comment is visible. Comments do not necessarily reflect the views of the author of Emerging Gently or any guest bloggers. Please see my comments policy under “Fine Print” for more information.